(Version1 – August 22, 2017)
Pravin K Shah
Jaina Education Committee
This article explains purpose and meaning of the traditional Samvatsari Pratikraman ritual of Swetambar Murtipujak Jain Community.  This annual ritual takes about 3 hours or more to complete.  More than 98% of Jains perform this ritual mechanically and satisfy themselves that they have completed their annual obligation to their religion.

In this article, an effort has been made to explain each step of the ritual.  First, we have divided this long ritual into several sections and explain the purpose of each section.  In the second step, we have listed the corresponding sutras, Vidhi and the brief meaning of the sutra to reflect upon when such sutras are recited in the ritual.

The actual Vidhi or ritual is listed in Hindi and the explanation and meaning is provided in English.

Please read this article objectively and provide your comment and corrections at the end of this blog.  This way others will have a chance to review your comment.

You can view and download the pdf file of the complete article using the following link of Jain eLibrary website.

It is our tradition that the followers of Bhagvan Mahavir need to practice the following Six Avashyaks or daily rituals.

Since it was difficult for the lay people to practice all six Avashyaks separately everyday, the Acharyas have incorporated all six Avashyaks into Pratikraman Avashyaks ritual, hence a person needs to perform only Pratikraman ritual to complete all six daily Avashyaks.  This is the reason the 4th Avashyaks – Pratikraman became very important and the term “Pratikraman” is used as a common name for all six essential acts.

Brief History of Pratikraman Ritual Recitation by Monks and Shravaks together:

About 400 to 500 years ago in Khambhat, Gujarat Acharya Shri Vijaychandrasuri started a new tradition and did Pratikraman with shravakas in Vadi Poshal Upashraya.  Later, other Acharyas joined this new tradition and it is now a permanent tradition among Tapa Gachchha Shwetambar Murtipujak Jain community (largest community of the Jain religion).

Hence, again the Pratikraman ritual has been expanded to accommodate both Monks and Shravaks Aloyana and Atichar sutras and that increased Pratikraman time significantly.

There are other sub-sects of Swetambar Murtipujak Jains like Paya-Gachchha and Anchal Gachchha communities in India where they do not do Pratikraman with monks and nuns.

In America, there are no fully ordained Jain monks and nuns live.  Also Jain Shravakas and Shravikas mostly do Pratikraman together.  They continue to use and recite the same Samvatsari Pratikraman Vidhi of Monks and Shravaks together as done in India.  However, in place of specific Monks’ Atichar sutras, the ritual indicates to recite the substitute sutras which relates to Shravaks.  Hence some Sutras of Shravaks’ Atichar are repeated several times and the time it takes to recite the Samvatsari Pratikraman ritual of Shravaks and Shravikas remained same about 3.0 hours.

Note –
We recite Namorhat sutra for 1st and 4th Thoy because in the beginning and at the end we bow to Panch Paremsthi also.

After the Chaitya Vandan, we do Panch Parmesthi Namaskar.
Pratikraman Sthäpanä Sutra
Here the 4th Pratikraman Avashyak begins. This Avashyak is expanded to include all six Avashyaks

This Samayik vidhi Sutras are the part of Pratikraman Avashyak ritual.
In Kausagga, we request the forgiveness for any error occurred in our five Achars or ethical codes of conduct.  The five ethical codes of conduct (Achars) are; Right Knowledge (Jnänächära), Right Faith (Darshnachar), Right Conduct (Charitrachar), Right Penance (Tapachar) and Right Spiritual Strength (Viryachar)

Here Samvatsari Pratikraman vidhi is added.  It is an expansion of 4th Ävashyaka of Devasi Pratikraman Vidhi.

This one Navkar Käusagga is for protector goddess of the area

Sixth Ävashyaka vidhi complete – because Pachchhakhäna was done in the beginning of Pratikraman.

2.4 Spiritual Celebration after Completion of Pratikraman

Recitation of Stuti, Stavan and Bhakti to celebrate the completion of Six Avashyak

Praying Tirthankar (Chaitya Vandan) for the Completion of Pratikraman

We hope the participants, the coaches, the moderators and all family members have reached home safely and had some time off to relax.
If you like to see and download the entire report in pdf format, please click the following link:
http://www.jainlibrary.org/JAB/00_JAB_2017_Competition_Report.pdf

JAB Competition Result, Appreciation, and request for Feedback
It was an exciting long weekend for Jain Academic Bowl (JAB) Competition at the JAINA Convention 2017.  The convention team provided us with amazing facilities during Individual and Semi-Final competitions and then providing us an opportunity to showcase the JAB Finals on the main convention stage.
This is the first time that JAB finals were conducted in prime time in the main auditorium and in front of a huge crowd. It means a lot and most importantly this encouraged more kids to learn and participate in future events. We wish JAINA keeps this setup moving forward.
We would like to thank Shri Gunvant Shah, Convener, JAINA 2017 and the convention team members such as Dilip Shah, Dilip Punatar, Haresh Shah, Rajendra Mehta, Kirit Mehta, Jigar Shah, Viren Shah, Harshad Shah, Vijay Kothari, Atul Shah, Anil Shah and others for not only supporting JAB activities but also Pathashala teachers’ conference and Jaina Education Booth facilities.

What does it take to prepare for JAB Competition?

In two words, Hardwork and Perseverance.
JAB manual (Compendium of Jainism) is compiled using all Jaina Pathashala text books and reference books of Jaina Education Series.  This 400-page book covers all aspect of Jainism.  The following link provides the list of topics they have studied to prepare for the competition.
http://www.jainlibrary.org/JAB/00_JAB_Manual_2017_Table_of_Contents.pdf
You can view and download the complete JAB manual from the following link
http://www.jainlibrary.org/JAB/00_JAB_2017_JAB_Manual.pdf

What was JAB Competition Participation?

JAB competition had total 13 teams from various Jain centers across the US. 7 junior teams and 6 senior teams totaling about 90 students successfully participated in the JAINA JAB 2017 competition at the convention.

In addition, there were about 15 moderators (Young Jain Professionals) who conducted the JAB competition.  Everyone did amazing and made us ALL proud.
List of Centers Participated in the JAB Competition:

How was the Competition Setup?

Each junior team played 4 games with different centers & each senior team played 3 games in the preliminary round (regular season).The draws were a random selection. The top 4 teams winning the most games made it to the semi-finals (playoffs)
There were tie-breaker rules in place in case the number of wins were tied. The winning teams in the semi-finals (playoffs) made it to the finals (championship game) The finals were played in the main auditorium.

How long did it take?

It took 30 game hours to complete the JAB 2017 competition program.

All the games were conducted and moderated by our youth and Young Jain Professionals who did an outstanding job. All of them were JAB participants in the past.  We are extremely proud of our moderators and most importantly we have learnt a lot from them.

Everyone!
Each participant worked hard and we saw tremendous support from their teachers, coaches, families & friends. It’s a testament of their dedication and hard work. They decided to take time from their daily schedule and learn Jain way. They learnt Jainism and a lot that we are confident will help them lead a gracious and successful life.

We, the JAB Administrators, would like to take this opportunity to thank each one of you for the successful JAB participation and competition. This would not have been possible without your total dedication and support. As we collectively see it, JAB 2017 was a grand success. Your collective efforts are un-paralleled. We know it takes a great amount of sacrifice, devotion and a deep-seated urge to teach and promote Jainism to our future torch bearers and all of you have proved it beyond any doubts.

We would also like to thank some anonymous past JAB Coaches, moderators and Pathshala teachers who helped us preparing question papers for Semi-final and Final competitions.
Finally, we would like to take this opportunity to thank all the volunteers who helped out during JAB – this includes helping kids in the food line, guarding the doors and organizing the seating arrangements during the matches.  Without the help of these volunteers, JAB 2017 would not have been as successful as it was.
We Salute You ALL.

We would like to improve the JAB program from everyone’s collective wisdom. We will appreciate your constructive feedback, regarding JAB 2017 and what we could be or should be doing to make future JAB competitive yet humble, fun yet learning, and most importantly enjoyable and memorable for all including our adorable kids and youth, who are in the hot seat at the JAB competition.
Please send your comments and suggestions over the next two weeks while your memory is still fresh. You may send your comments and suggestions to all of us or only to me jainaedu@gmail.com. We will appreciate if you forward this letter to your students and other teachers of your center and take their input as well.
For complete JAB documentation – go to the following link
http://www.jainlibrary.org/JAB/.index.php

Michchhami Dukkadam
While preparing for, conducting and concluding the JAB competition, we may have knowingly or unknowing hurt you and for that we wish to say Michchhami Dukkadam. Finally, we would like to reiterate, how proud we are of everyone involved, especially the youth. We hope the knowledge of Jain principles they gained from JAB stay with them and become a part of their daily lives, and of course, that they had fun. 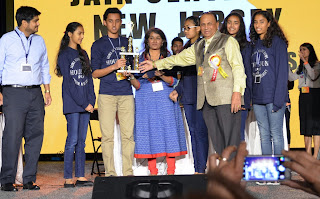 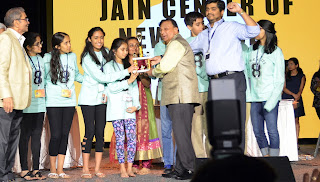 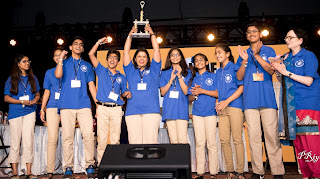 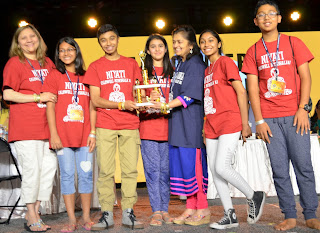